Why Do Rich People Travel Across The World Just To Kill Animals? 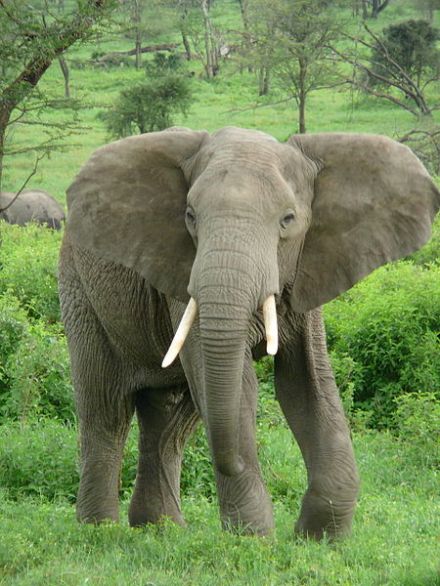 Photo by nickandmel2006, via Wikimedia Commons

Today I came across the very disturbing article above about Donald Trump’s sons and how they went on an animal killing spree “trophy hunt” in Africa last year. According to reports the brothers killed an elephant, crocodile, kudu, civet cat, and a water buck. What I find particularly disturbing is that two young men who were born with silver spoons in their mouths would travel halfway around the world just to kill animals. Do they need the food? Do they need to save those poor poverty stricken people in Africa? Apparently the native people in Africa are so incapable of killing their own animals that they need rich white men to travel across the world to do it for them. At least that is what I gather from Trump Junior’s explanation on Twitter. If they claim that they are helping the African people by spending money to kill animals why not just send them a check rather than travel there just to kill?

This also brings up another question for me: When did we as a species go from hunting to survive to hunting for sheer recreation?

In my opinion there is something very wrong with us as a species if we have to travel across the globe just to kill an animal and have a smiling picture taken over the dead carcass for the world to see. We see the same thing in our own country where “sportsmen” claim to love wildlife and nature while distributing photographs of them smiling over the dead body of the animal that they just killed.

Am I the only one who sees something wrong with this? Please share your thoughts.

3 responses to “Why Do Rich People Travel Across The World Just To Kill Animals?”