RSS
← Just When You Thought We Have Seen the Worst…..
New Madravenspeak Column → 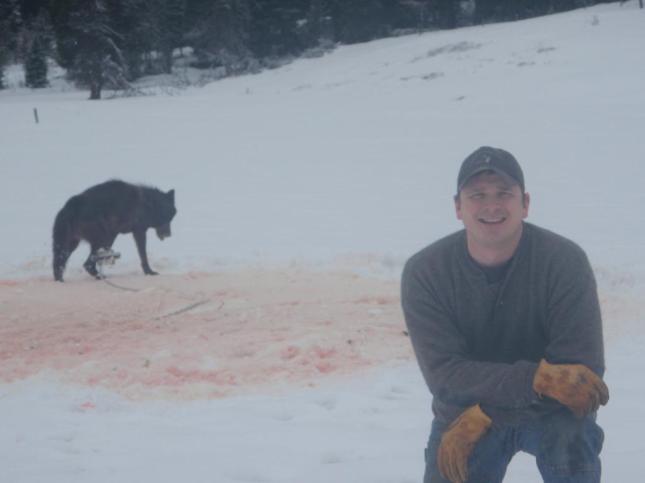 Josh Bransford, the FACE of the modern "sportsman," showing "respect" for his "adversary" according to Dave Linkhart of the National Trappers Association

Here are some interesting quotes from representatives of trapping groups that are trying damage control after the publication of the Bransford photos. These quotes are from an article by Rocky Barker of the Idaho Statesman.

From Pat Carney of the Idaho Trappers Association:

“This kind of stuff is the reason we pushed for it,” said association president Pat Carney of Mountain Home. “We knew everyone in the nation would be looking at us.”

“Bransford’s mistake was not posing with his trophy, Carney said. It was posting it online, the sort of thing instructors in the trapping class discouraged.”

From David Linkhart of the National Trappers Association:

“The problem with posting photos of trapped animals online is that the wolf issue is so polarizing right now, said David Linkhart, the National Trapping Association director of national and international affairs.”

“He said that such displays are a way for trappers to celebrate their success in overcoming a skilled adversary.”

“The trapper is not showing disrespect for its prey; he’s showing respect,” Linkhart said.

“I don’t see any difference between this and a hunter or angler showing off their trophy.”

So the “mistake” was not taking the photograph, it was posting it online according to these people. And now unwitting trapped animals are “adversaries” in the mind of a national trapping group representative. Here is the definition of an adversary from Dictionary.com:

ad·ver·sar·y [ad-ver-ser-ee], plural ad·ver·sar·ies, adjective
noun
1.
a person, group, or force that opposes or attacks; opponent; enemy; foe.
2.
a person, group, etc., that is an opponent in a contest; contestant.
3.
the Adversary, the devil; Satan.

That say it all. This is the mindset of these people. Basically what Brandford did was fine, but his mistake was posting it on the internet, and that trapped animals are “adversaries.” These are the faces and voices of the modern American “sportsman.”

← Just When You Thought We Have Seen the Worst…..
New Madravenspeak Column →