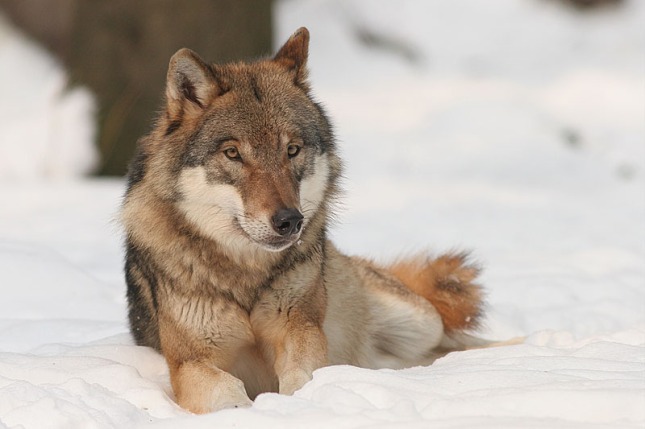 Hundreds of gray wolves could be slaughtered in Wisconsin starting this October and lasting until the end of February.

Today, the Wisconsin Natural Resources board approved a plan to allow for the slaughter of wolves in Wisconsin just four moths after they were removed from the federal endangered species list. Here is what a member of this board had to say:

“I can just see the wolf pups getting older and looking at my livestock on the other side of the fence. There is an absolute need for controlling the wolf population in this state,” said board member William Bruins.”

So according to this guy wolves must be killed for “looking” at his livestock. Isn’t this a conflict of interest? This guy is apparently a farmer or rancher and he gets to make policy on our wildlife so that it directly benefits him? Last year wolves allegedly killed 80 livestock. They farmers were reimbursed for all of them. Something is very, very wrong here. UW Professor Adrian Treves again spoke out against the provisions in the wolf kill bill in a letter to the Natural Resources Board. He said this:

“In short, although this act claims to address depredations, the proposed rules for the hunt suggest that recreation or revenge is the goal,” Treves said in a letter to the board. Treves also said night-time hunting and the long season treat wolves without the respect due a trophy animal.

“The length of the season is similar to the season on rabbits, squirrels, and beavers but longer than coyote trapping. These provisions could generate unsustainable mortality and lead the Fish and Wildlife Service to relist the wolf. Wolves are not an ordinary fur bearer or vermin and should be accorded the status of grand trophy game to be hunted with respect or not at all.”

Treves warned that this extreme plan will likely trigger lawsuits and could put the gray wolf back on the endangered species list.

“The DNR’s wolf hunting plan “increases the risk that wolves will be returned to federally endangered status because it proposes untested methods in a very long season in too broad an area of the state,” warned Adrian Treves, an associate professor of environmental studies who has surveyed thousands of state residents on the issue.”

We can only hope that lawsuits will be filed to challenge this insane plan, and that the federal government steps in and re-lists the wolf. If not, hundreds of wolves are likely to be slaughtered in Wisconsin by shooting, trapping, with packs of vicious dogs, at night, all for four and a half months right through the breeding season. This is just another example of the extremist Walker administration and his allies in the Legislature ignoring the will of the people to further their sick agenda. The opinion of the majority of Wisconsin residents and a renowned UW professor are ignored in favor of the wants of the Wisconsin Bear Hunters Association, the Wisconsin Wildlife Federation, Safari Club International, and the National  Rifle Association (NRA). Remember this when you cast your votes on June 5th and in November. Read more here:

UW expert: Wolf could go back on endangered species list

Posted by dvoight09 on May 23, 2012 in Hunting, Trapping, Wisconsin Insanity, Wolves