New Articles Confirm What We Have Been Saying All Along 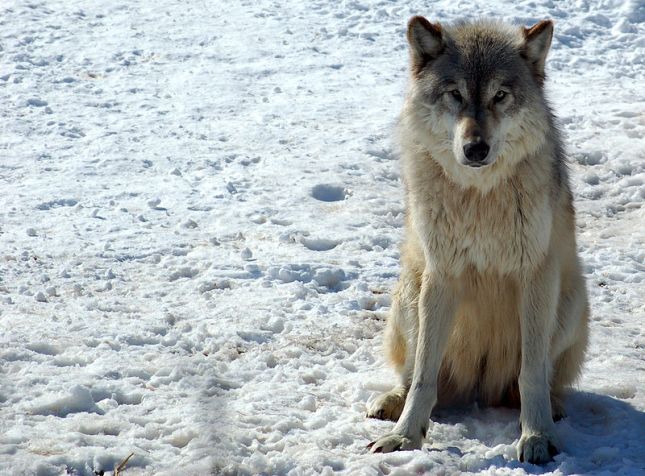 When anti-wolf zealots make their feeble attempts to justify the trophy/revenge slaughter of wolves they always claim to have “science” on their side. Then you have anti-wolf (anti-wildlife) lawmakers like Rep. Scott Suder (R-ALEC), who constantly claim that wolves are “decimating” deer herds and livestock. Of course when they are proven to be wrong they just talk louder and tell advocates that we are “ignorant.” Here are a couple of interesting articles from the University of Wisconsin where professors Timothy Van Deelen, and Adrian Treves present something that the anti-wolf zealots will never understand: FACTS. Professor Van Deelen points out that his studies show that wolves are not “decimating” the deer herd and that crybaby hunters are over-exaggerating the impact of wolves:

Deer, wolf and hunting: Professor shines spotlight of data on a durable debate

Then we have Professor Adrian Treves sharing his research about public attitudes toward wolves. He points out that again the crybabies incorrectly view wolves as “competition” so “public” attitudes have turned against wolves for many. He also points out that personal experience played no factor in these attitudes, and that the media and anti-wolf propaganda is fueling these negative feelings. And we are the “emotional” ones? From the article:

“We show an eight-year decline in tolerance for wolves in Wisconsin,” Treves says. The negative perceptions included increased self-reported fear of wolves, increased support for a public wolf hunt and state-sponsored lethal control measures, an increased sense of competition with wolves over deer, and a greater personal inclination to shoot a wolf illegally given the opportunity.”

So poaching is perfectly acceptable among the anti-wolf zealots. Here is the article:

This is exactly why the wolf needs to be returned to the Endangered Species list. They will never be safe as long as rural anti-wolf zealots openly talk about poaching and “gut-shooting” these animals. The fact that many of these so called “sportsmen” can so brazenly talk about this shows that the they have no fear of the inept DNR and their so-called “enforcement.” Then we have this article from pro-killing Milwaukee Journal Sentinel writer, Paul Smith, talking about the high number of deer being seen during their hunting season:

Deer sightings up on mild opener of 2012 Wisconsin gun hunt

So the anti-wolf lawmakers, bear hounders, and their shills in the Wisconsin Wildlife Federation whined and whined about how wolves were “decimating:” the deer herd and now all we see is articles about the huge number of deer out there. When are these anti-wolf zealots going to be called out for their lies and deception in the mainstream media? What kind of state do we live in where blatant lies are used as justification for the slaughter and persecution of an animal that was endangered less than a year ago? Where the residents of the state can openly talk and brag about poaching and illegally hounding wolves and NOTHING is said or done about it? It is time to go on the offensive. We need to DEMAND that the DNR give us answers. If you are not furious enough already read this article from a wolf slaughter apologist in Minnesota who runs a wolf center in Minnesota:

You’re damn right it is emotional. Just like the hate and sadism from the anti-wolf zealots is pure emotion in the form of HATE. And these people are wolf “advocates?” With “friends” like this who needs enemies?