RSS
← Direct Anger At DNR and Legislature, Not Judge Anderson
False “Outrage” About Our Memorial and Posting Rules →

Did You Know That Wolves Are A Threat To Crops in Wisconsin? 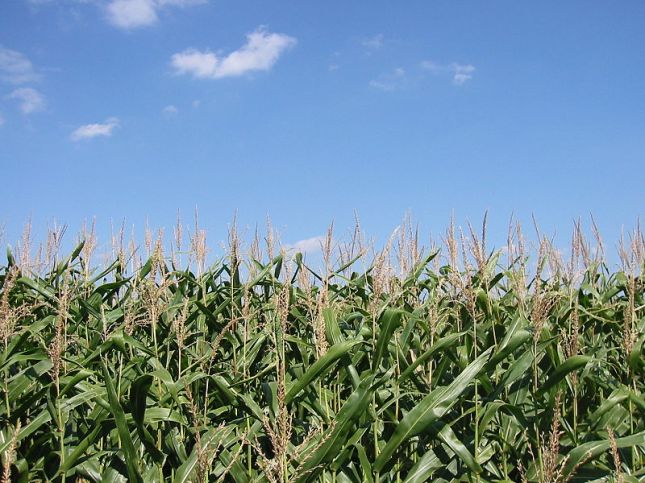 Not only are wolves responsible for stalking kids at bus stops, now they are also a threat to crops.

Not only is the big bad wolf responsible for the “decimation” of the 1.4 million plus Wisconsin deer herd, hundreds of phantom “missing” calves, livestock, stalking kids at bus stops, hurting jobs, and killing “pets”, according to Wisconsin Assembly Representative Erik Severson (R-WMC) they are also a threat to CROPS. That’s right. They are a threat to CROPS. If you need anymore evidence about how out of touch these wolf hating legislators are read the response sent below to a site reader:

Thank you for contacting me with your concerns about the wolf hunt.  This legislation was introduced and passed into law on bipartisan votes in response to the federal government’s removal of the wolf from the endangered species list. As a cosponsor and supporter of this legislation, I believe that a managed wolf hunt is important to protect Wisconsin landowners’ livestock, pets, and crops.  It allows the State of Wisconsin to manage the wolf population, which has grown exponentially in recent years.  The wolf hunt is managed similarly to the bear hunt, and it limits the number of hunting permits issues.

Contrary to popular belief, it did not create an open season on wolves.  This legislation allows for the issuance of depredation permits that allows farmers and property owners to protect their pets and livestock.  In 2010, over 30 incidents occurred with pets and hunting animals resulting in more than $200,000 in wolf depredation reimbursements.  By managing the wolf population in Wisconsin, we can limit the number of incidents and protect citizens from the financial burden these predators are causing.

Again, thank you for contacting me with your concerns about the wolf hunt.

In addition to the usual anti-wolf lies and talking points, Severson has to say that $200,000 was paid out for “pets” and “hunting animals.” What Severson fails to mention is that of that $200,000, $55,000 went for SIX domesticated deer likely at canned hunting operations, $46,430 for hunting dogs, and $28,900 again for “missing” calves. Of course there was ZERO evidence that wolves were involved in why those calves were “missing,” if they even existed at all. And now according to this guy wolves damage “crops.” Really? These are the people that you elect to represent you Wisconsin. And of course this guy is in the pocket of the far right anti-worker, Wisconsin Manufacturers and Commerce. In case you are not familiar with this group, they have been accused of essentially buying the Wisconsin Supreme Court through their deceptive campaign ads. Here is the WMC sucking up to Severson:

Keep voting these people in Wisconsin. Maybe they will one day be as successful at “job creation” as they are with wildlife destruction. At least they are keeping those “crops” safe from the big bad wolf. Right, Severson?

← Direct Anger At DNR and Legislature, Not Judge Anderson
False “Outrage” About Our Memorial and Posting Rules →

9 responses to “Did You Know That Wolves Are A Threat To Crops in Wisconsin?”