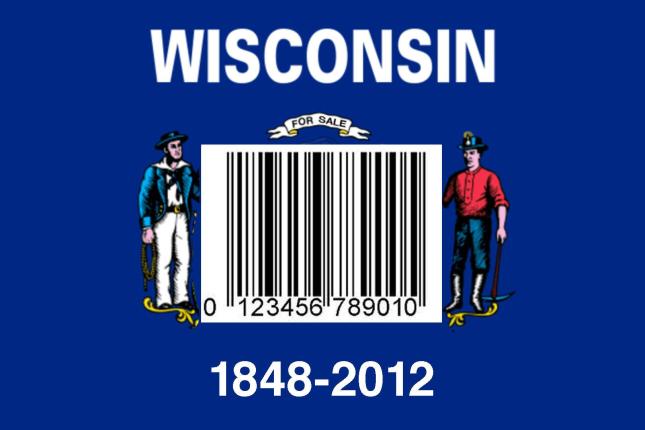 If anyone still thinks that fascism has not reared it’s ugly head in Wisconsin the news this week about camo-clad, masked, and heavily armed mercenaries hired by a mining company should change their minds.

The land that this mining company is using is private land that is open to the public under the state’s “Managed Forest Program” that gives a massive tax break for lands that are opened up for animal killing and other activities. In other words the owners of this land have saved hundreds of thousands of dollars in taxes for allowing public access to this land. Now public access is at risk because of the heavily armed goons that the company hired to “protect” the land from the so-called “Eco-terrorists” that supposedly vandalized mining company property and “destroyed” a worker’s cellphone.

So what does this have to do with wildlife other than the massive destruction of wildlife habitat? It turns out that many of the state killing cartels, represented by lobbyist Bob Welch, supported this mining bill. These groups include the Wisconsin Bear Hunters Association and Safari Club International that Welch lobbies for and the “United Sportsmen of Wisconsin” another kill everything group with a different lobbyist. So why would these self-professed “conservationists” support a bill that would essentially destroy a significant chunk of pristine wildlife habitat? Even George Meyer’s kill everything group, the Wisconsin Wildlife Federation, lobbied against this nefarious bill. That should tell you how bad this thing really is. So why are the bear hounders and other killing cartels in favor of this? I think I got my answer when I looked at the first person that introduced the legislation. As suspected it was none other than Rep. Scott Suder (R-ALEC), also the “author” of the wolf kill bill.

These people are so anti-environment and anti-wildlife that they will cut off their nose to spite their faces just to piss of us “liberals.” Just like the wolf kill bill, this anti-environment mining bill has all of the same elements that right wingers champion. Environmentalists are against it, the tribes are against it, and it will directly impact the health and well being of the tribes and the well being of their people. Any way that Suder, Welch, and Walker can spit in the faces of progressives and Native Americans they will take it. Remember this the next time the bear hounders or SCI claim that they are “conservationists” and “care” about wildlife and wild lands. Once the Penokee Range is destroyed and the tribes and citizens of this area are under the thumb of a mining company that hires heavily armed mercenaries will this state finally wake up to the reality that fascists have take over our state? What more will it take?

Why do you think these kill everything groups are supporting the raping and pillaging of the Penokee Range? Is it racism against the tribes or something even more nefarious? Here are the lobbying groups that lobbied for and against this mining bill:

One response to “Why are Bear Hounders and SCI Supporting Destructive Wisconsin Mining Plan?”