RSS
← DNR: No Violation of Any Kind Committed by Hounders “Training” Their Dogs in 2012
A Howl for Your Help and Support →

Wisconsin DNR Brags That Majority of Wolves Killed Last Year Were Pups and Then Launches Heavily Armed Raid to Kill a Fawn…..Seriously 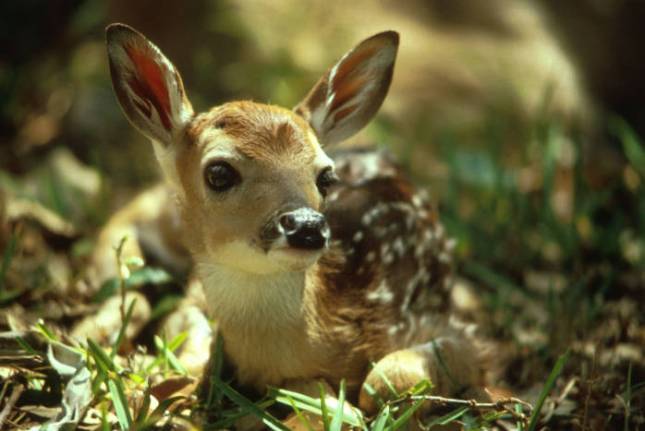 The DNR considers this to be a “potential for disease and danger to humans.”

The Wisconsin DNR is going out of their way to spit on and offend wildlife advocates all over the state today. First their “outdoors” writer shill at the Milwaukee Journal Sentinel posted a ridiculous article essentially bragging that the vast majority of wolves killed during last years slaughter were pups born that year and the rest were mostly yearlings and how we should all be so happy about that.

Of the 117 wolves killed by hunters and trappers in Wisconsin last year, 50% were young-of-the-year, or animals born in 2012.

The department is still clearing up some details on the records and report for a handful of wolves taken last year. Regardless of the age found on those animals, the data from Wisconsin’s first wolf hunting season agrees with a wildlife management tenet: Most of the animals taken were young-of-the-year. “It’s not unexpected,” MacFarland said. “But it’s nice to have the data to help inform the discussion.”MacFarland said going into the first wolf season there were legitimate concerns about the impact of the harvest on wolf reproduction patterns. The results show relatively few breeding wolves (formerly known as alpha wolves) would have been killed during the hunting and trapping season. The harvest was predominantly young pack animals. “It should help allay some concerns,” MacFarland said. “It doesn’t tell us what to do, but the more data we get, the better.”

So according to the talking heads at the DNR it is perfectly acceptable and great that most of the wolves killed were pups and yearlings. Wolf pups are estimated to have a 70 percent mortality rate under normal conditions and now huge numbers are being slaughtered for “sport.” So is it “ethical” to kill the young of other species? A deer hunter would be put into redneck purgatory for shooting a fawn, so why are wolves any different?

As if Smith’s propaganda piece wasn’t enough news came out tonight about the DNR launching a SWAT style raid against an animal shelter because they had the audacity to try and helped an orphaned fawn that had been brought to them. Then to make matters worse they killed the fawn just for existing.

“It was like a SWAT team,” shelter employee Ray Schulze said.

Two weeks ago, Schulze was working in the barn at the Society of St. Francis on the Kenosha-Illinois border when a swarm of squad cars arrived and officers unloaded with a search warrant.

“(There were) nine DNR agents and four deputy sheriffs, and they were all armed to the teeth,” Schulze said.

The focus of their search was a baby fawn brought there by an Illinois family worried she had been abandoned by her mother.

The warden drafted an affidavit for the search warrant, complete with aerial photos in which he described getting himself into a position where he was able to see the fawn going in and out of the barn.

Agents told staff they came to seize the deer because Wisconsin law forbids the possession of wildlife.

Just last week we were informed that for 2012 there were ZERO citations or charges brought against any hounders for illegal activity. The DNR doesn’t bother enforcing rules and regulations for hounders, but has plenty of time and money to draft a search warrant and do a stakeout over an innocent fawn that kind hearted people were just trying to help. If the actions of the DNR and local Sheriff’s Department could not be any more absurd there is this:

The Department of Natural Resources spoke to WISN 12 News about the fawn.

Supervisor Jennifer Niemeyer said the law requires the DNR agents to euthanize animals like Giggles because of the potential for disease and danger to humans.

“These are always very difficult situations for both parties involved, and we are empathetic to the fact of what happened because we know in our heart of hearts they tried to do the right thing,” Niemeyer said.

“Could you have made a phone call before showing up, I mean, that’s a lot of resources,” WISN 12 News investigative reporter Colleen Henry asked.

“If a sheriff’s department is going in to do a search warrant on a drug bust, they don’t call them and ask them to voluntarily surrender their marijuana or whatever drug that they have before they show up,” Niemeyer said.

So people feeding and taking care of a baby deer is now on the same level as drug dealers according to the Wisconsin DNR. Shame on you Wisconsin DNR. We will be keeping on top of this.

← DNR: No Violation of Any Kind Committed by Hounders “Training” Their Dogs in 2012
A Howl for Your Help and Support →

20 responses to “Wisconsin DNR Brags That Majority of Wolves Killed Last Year Were Pups and Then Launches Heavily Armed Raid to Kill a Fawn…..Seriously”