RSS
← Charges OK’d against hunters accused of videotaping dogs mauling a coyote, hitting another with a truck
MADRAVENSPEAK: Why Does John Muir Audubon Society Have a Bird-Killing Activist on Its Board of Directors? → 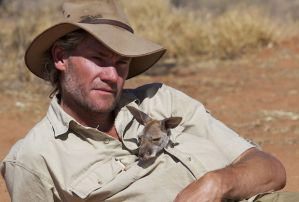 Human aggression “threatens to destroy us all.” — Stephen Hawking

During a tour of London’s Science Museum, professor Stephen Hawking said, “The human failing I would most like to correct is aggression. It may have had survival advantage in caveman days, to get more food, territory or partner with whom to reproduce, but now it threatens to destroy us all.”

He elaborated, “The quality I would most like to magnify is empathy. It brings us together in a peaceful, loving state.”

The suffering caused and reaped by those who inflict violence is obvious in the suicides of men returning from war. It spills over into alcoholism, drug addiction, domestic violence, and perpetual violence to innocent wild beings.

It seems obvious that none will kill their way to a sense of fulfillment or happiness.

As the power and resources of the state Department of Natural Resources are focused on expanding killing, half of the wildlife on earth has already been destroyed. This is not a linear destruction. More than half of our world’s wild beings from bees to bears to tigers to 90 percent of the oceans’ large mammals have been killed off in just 40 years.

In the midst of this insanity, a new role model of man is emerging. And women are embracing this new man, who is secure enough to be compassionate and loving and life-affirming.

I see it with Rick Hanestad of Dunn County, NASCAR driver, taught to be a trapper from the age of 5 — but transformed by adopting a coyote pup who became part of his family by chance. “I cannot tell you how this pup has turned me upside down on coyotes. He is the sweetest animal,” Rick told me.

Yet coyotes are killed mercilessly without limit.

I see it in Jeff Traska, whom I met when the head of special investigations for the DNR, Tom Solin, asked me to serve the state on the Captive Bear and Cougar Committee in 2000. Traska had been a bear hunter. He told me, “I realized that I was curious about bears and I did not learn much about them when they were dead in the back of my truck.” He started the Wisconsin Black Bear Education Center near Wausau. He describes himself as a “reformed sport hunter” who loves the three bears he took into his sanctuary, providing six acres and a pond.

Yet another 4,750 bears will be killed in Wisconsin this fall.

I see the transformation in Joe Hutto, who lived with mule deer for seven years, learning that deer cling just as desperately to life as we humans do, and suffer the loss of their friends and babies much as we do. Hutto’s happiness thrived in being with them, not killing them. Asked why he would spend seven years living with deer every day, he replied, “How could you not? A chance to truly see the world through a wild creature’s eyes.”

Yet hundreds of thousands of deer will be killed in Wisconsin this year, and the public is silent.

The other night, I saw this compelling new man again, watching “Kangaroo Dundee.” This is not macho Mel Gibson in “Mad Max.” This is gentle 6′ 7” Chris “Brolga” Barns, devoting his life to saving orphan baby joeys. He says, “I am not a kangaroo dad but a full-time kangaroo mum and proud of it.” When the first episode begins, he is caring for three orphan joeys in his tin shack with no running water or electricity. He has built a 90-acre fenced sanctuary in the bush for kangaroos. When one of the joeys is euthanized by the vet for injuries, Brolga mourns as he buries her: “I already had seen in my mind the three of them running off into the bush together. I look at the baby kangaroos with the same respect and love as if they were my own children.”

He studies the mother kangaroos to learn how to bond with the babies: “I take notes.” He shares saliva with them to bond and keeps them close to his body at night to keep them warm, just like mum. The birth of a baby kangaroo as a jelly-bean-sized embryo that follows the scent of its mother’s milk to her pouch is a miracle of nature. Brolga’s relationship with one of the new mothers, Ella, enables him to look into her pouch and monitor the tiny baby’s progress and give it to us on film.

Brolga loves his life, the bush, the parrots overhead, and learning to take care of the babies. His philosophy is simple: “I see myself in a way as a kangaroo in the bush. I take the human form in my body but my spirit is kangaroo. I don’t care about money. I don’t care about possessions. What’s important is the kangaroos at the sanctuary stay safe and the sanctuary lives a lot longer than I live.”

Brolga encourages others to save their wildlife: “I do this because I love it. This is adventure.”

Great Lakes and Wyoming wolves are in danger of losing protections of the Endangered Species Act. Please contact your federal legislators and sign a petition to help.

Please contact your U.S. senators and ask them to oppose the Bipartisan Sportsmen’s Act of 2015, which seeks to open federal lands to killing, creating shooting ranges and more.

← Charges OK’d against hunters accused of videotaping dogs mauling a coyote, hitting another with a truck
MADRAVENSPEAK: Why Does John Muir Audubon Society Have a Bird-Killing Activist on Its Board of Directors? →