ALERT: November 17 Hearing at Capital on Eliminating Back Tags and Eliminating Age Requirements for Kids Being Mentored into Killing & More 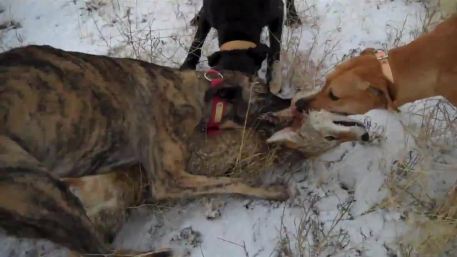 Citizens can find their Senate and Assembly members’ contact information in the upper right-hand corner of the Wisconsin Legislature home page here to comment on this legislation. Citizens can organize at www.wildlifeethic.org if they wish to work toward fair participation in governing our public lands.

When the “sportsman” committee meets to vote on AB433 and the trapping bill to encourage more mentorship of trapping to children, Tuesday, November 17, they will also hold a hearing on dropping backtags from hounders and on another bill eliminating age requirements for children to be mentored into killing our wildlife…two more hearings in the same meeting where they vote on whether to criminalize citizens for documenting the godawful policies the legislature has legalized that are just animal cruelty. Criminalize peaceful citizens for photographing animal cruelty on their own public lands purchased 94% by wildlife watchers – with cruelty and suffering of our wildlife to watch most of the year.

When the legislature legalized running packs of dogs on wildlife in Wisconsin, the ONLY concession made to public opinion majorly against, but as usual ignored, was that the hounders would have to wear backtags. This is because of the systemic trespass that hounders do, on the excuse of “following their dogs” into private land – when their adrenaline is pumping and they are on the kill, wanting to finish off some poor creature or creatures who have gone into private land seeking a safe place to hide.

Since landowners should not have to risk confronting armed men, women and children with packs of dogs taught to be vicious, when they are on their own land (or on our supposed “Commons”), the backtags are supposed to provide some level of anonymity in reporting so that landowners did not put themselves at risk to try to find out who was trespassing.

Notice that Kleefisch and Moulton are behind much of this – Kleefisch who grilled Coronado at the criminalizing citizens for photographing or nearing killers on our public lands. Really? These wildlife torturers, Michael Vick on a statewide 8 million acres scale (our public land- not Michael Vick’s basement) – do they need protection from the majority of peaceful citizens, and do they deserve anonymity? What kind of leadership is this?

The hearings on continuing to deregulate killing and expand it without accountability can be found here:

I believe that we need a presence there, on Tuesday, to let them know we are watching them and to bear witness. And to testify against this continuing enrollment of children into killing – children who are not allowed to drive or go into the military before the age of 16 and 18 because they do not have the good sense to make moral decisions. They are being sacrificed to this power mongering desperation to keep exclusive power in the hunting/trapping and now hounding minority who have always had the only say.

Thank you for contacting your representatives on these new bills (backtags, child mentoring without age limits) and AB 433 and SB338.

For a living, humane and related world that is so much better than the one this legislature is promoting.

Please let me know if you are going to attend. I will be there even though I have another column due that evening.

Posted by dvoight09 on November 15, 2015 in Uncategorized

One response to “ALERT: November 17 Hearing at Capital on Eliminating Back Tags and Eliminating Age Requirements for Kids Being Mentored into Killing & More”