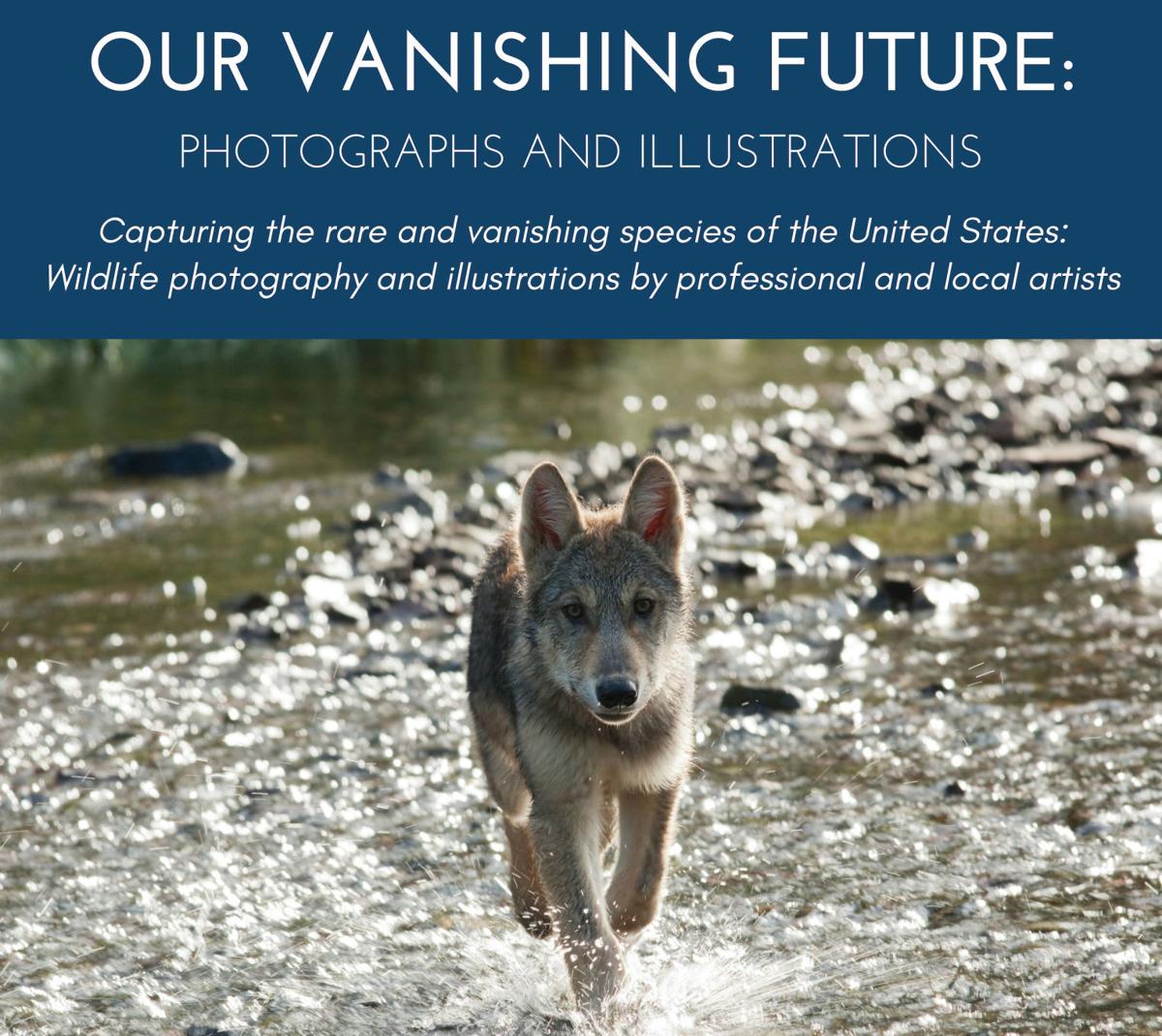 This free event was held on Friday, Nov.9 at Art In. The keynote speaker was Bill Greendeer, who discussed the Ho-Chunk Nation’s Rights of Nature Constitutional Amendment. The film “Killing Games, Project Coyote and Dogs of War” by the Friends of Wisconsin Wolf and Wildlife was shown. The gallery was opened to view projects completed by indiginous and wildlife artists.

NOTE TO READERS: Apologies for not getting the word out regarding this event to you earlier! Nevertheless, I hope that many heard about the meeting via email and other social networks that Patricia uses. I’ll do my best to keep up with such events in the future. I also hope that you had a chance to get out and vote Democratic as mentioned here and in earlier posts. Make a difference. Regards, Dave Voight

The drama and division of our state, country and world politics are intensifying, and with them, an unending stream of gun violence is occurring. It is a distraction from the crisis of climate destruction and biodiversity and ecosystem worldwide collapse. We must face reality and get our priorities straight. If our world is to survive in anything like the abundance and beauty, diversity and magical vitality that humans need to survive, we must mobilize a state and global plan of unprecedented restorative action.

We must become humane.

Last week the World Wildlife Fund released its Living Planet Report. EARTH has lost a staggering 60 percent of its wildlife populations since 1970. “It described the global decline in species — an average rate of 13.6 percent every 10 years, or 60 percent in total — as a “grim” result of the pressure humans place on nature,” according to a news.com.au report on the study.

“(N)ow we’re the ones driving species to the brink with hunting, habitat loss, climate change and other pressures,” states a study just published in the Proceedings of the National Academy of Sciences. “(U)nder the best case scenario, it will take 3 to 5 million years just to reach current biodiversity levels that are expected to be lost over just the next 50 years, but up to 5 to 7 million years to restore biodiversity to the level it was at before modern humans evolved.”

Paleontologist Matt Davis from Aarhus University, who led the study, wrote, “To avert the worst-case scenarios in his simulations, we’re talking about a massive, ambitious global-scale project that everyone will need to be involved in. It comes down to whether politicians have the political will to make this happen.”

It will not be Scott Walker or the Republicans who have that political will — just the opposite.

Tony Evers is first and foremost a modest man who works to educate children and prepare them for what is going to be a very challenging life on a bereft and fast-changing planet. He and his running mate, Mandela Barnes, have run a decent and compassionate campaign. As an educator, Evers is educable. That means he is willing to learn about the challenges of reforming the state DNR to a healthy and democratic agency that stewards our public lands fairly for all citizens, including the wildlife we depend upon.

Please read his plan and vote for him and Mandela Barnes.

Polls show that people in this country really do support a bold progressive Democratic agenda.

We can help in this crisis only if citizens VOTE.

Scott Walker’s politics, like that of his buddy President Donald Trump, are petty and self-serving to the exclusion of any humble intent of “serving the people.” It is manipulation of the people for power. They appear to believe they have the right to rule and exploit the rest of us, including our wildlife and public lands. Walker apparently thinks that our attention span is so short and our vote so easy to buy that giving a measly one-time $100 tax credit for children can outweigh his long-term stripping of support for our public schools and university system. Meanwhile, Walker rolled out his showy Foxconn billions in taxpayer money as a giveaway to a foreign corporation with a spotty history. By the time that plays out and likely fails, Walker and his Republican cronies will be long gone to other political ambitions. His political machine panders to the special interests that exploit nature — sand-fracking, trappers and hunters and those who enjoy killing contests, siccing packs of dogs on captive and native wild animals, big agribusiness and its chemicals and poisons concentrated on our food systems.

I live in the country and we have been barraged with large, glossy, full-color flyers with pictures of Tony Evers grayed out, trying to tie him to all sorts of horrific things. It turns my stomach that the governor’s campaign is trying to smear a good man. Ruthless negativity has traditionally worked citizens like putty. Fear-mongering and innuendo are well-used paths by the weak, mean-spirited and power-hungry.

At just the wrong time, this critical time of ecosystem collapse worldwide, there is a rise of cruelty, repression and ignorance in man-made politics and power structures that may end life on this earth, including our own. There are laws of nature that cannot be denied. If you step off of a cliff, gravity will drop you to your death. If you warm the planet with fossil fuels, carbon and gas, you will not be able to grow food in a dust bowl. If you acidify, plasticize, and pollute the oceans and rivers, the life in them will not survive.

If you wipe out the other species, you go extinct with them.

Show up and vote Democratic.

can sign up for The Guardian’s Green Light edition here.

Email Madravenspeak@gmail.com with suggestions for a humane secretary of the DNR appointment.

Access The Rewilding site on Wildlife Governance Reform: Where to Begin

Deadline Nov. 6: Wisconsin Department of Natural Resources is accepting public comments on their recently drafted Cougar Response Guidelines. This proposal requires the killing of cougars involved in conflicts with domestic animals rather using than nonlethal strategies. Please write the DNR to urge it to implement a policy that prioritizes nonlethal strategies over unnecessary killing. Contact Scott.Walter@Wisconsin.gov

This column was orinally published in the Madison CapTimes on November 4, 2018.

Posted by dvoight09 on January 9, 2019 in Uncategorized